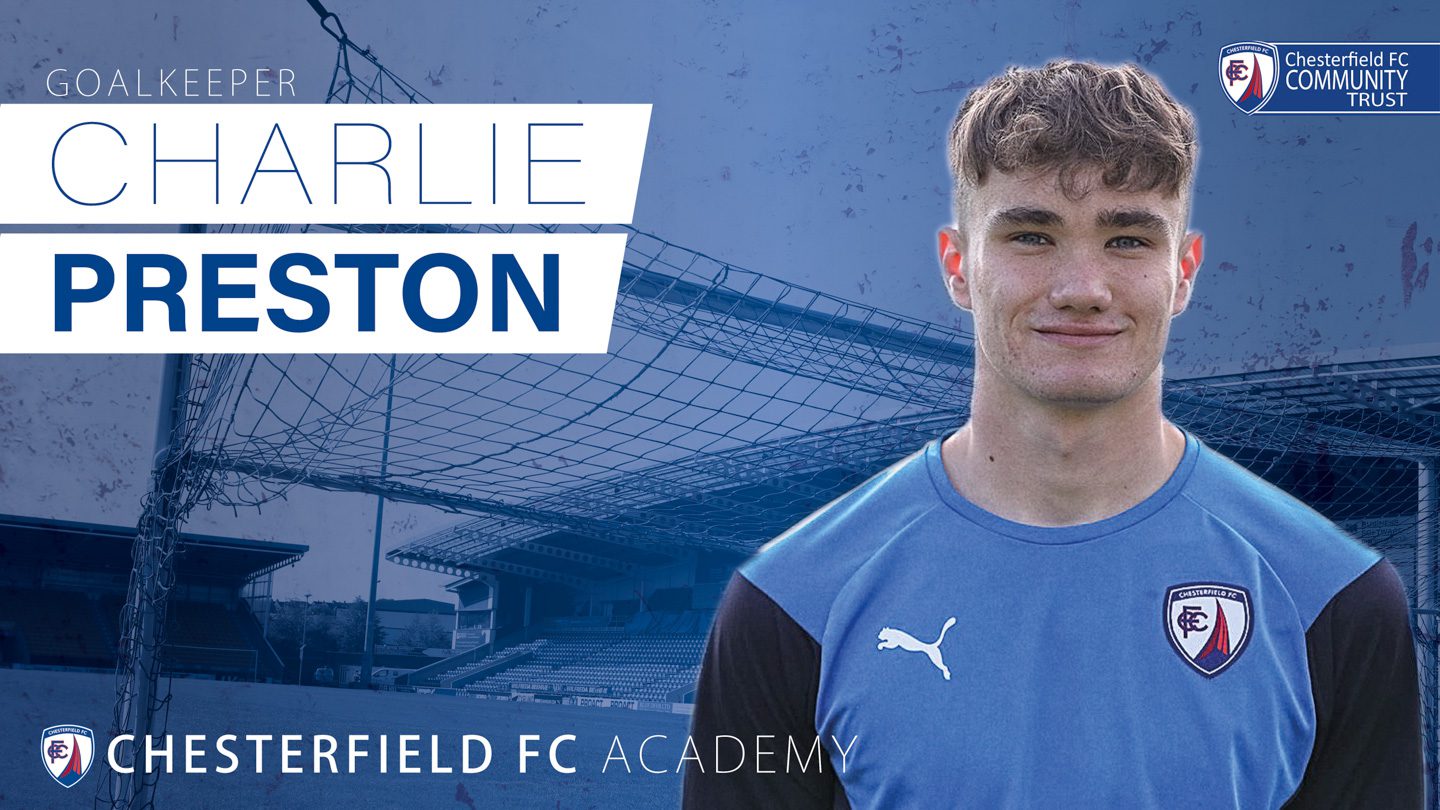 CP: “I started off my career as a central midfielder, playing for Ashover juniors. Then I moved back into a centre-back position where I have played for the majority of my grassroots football for clubs such as Ashover, Teversal and Brampton Rovers.

“I changed to a goalkeeper at around U12s when the team’s original goalkeeper decided he no longer wanted to play in goal, so I took on the role. I had trials at clubs such as Nottingham Forest, Derby County and Rotherham United.

“I played for Rotherham from U14 to U16, but I failed to get my scholarship. I then signed for the Spireites at the start of the season and I look forward to seeing what the future holds.”