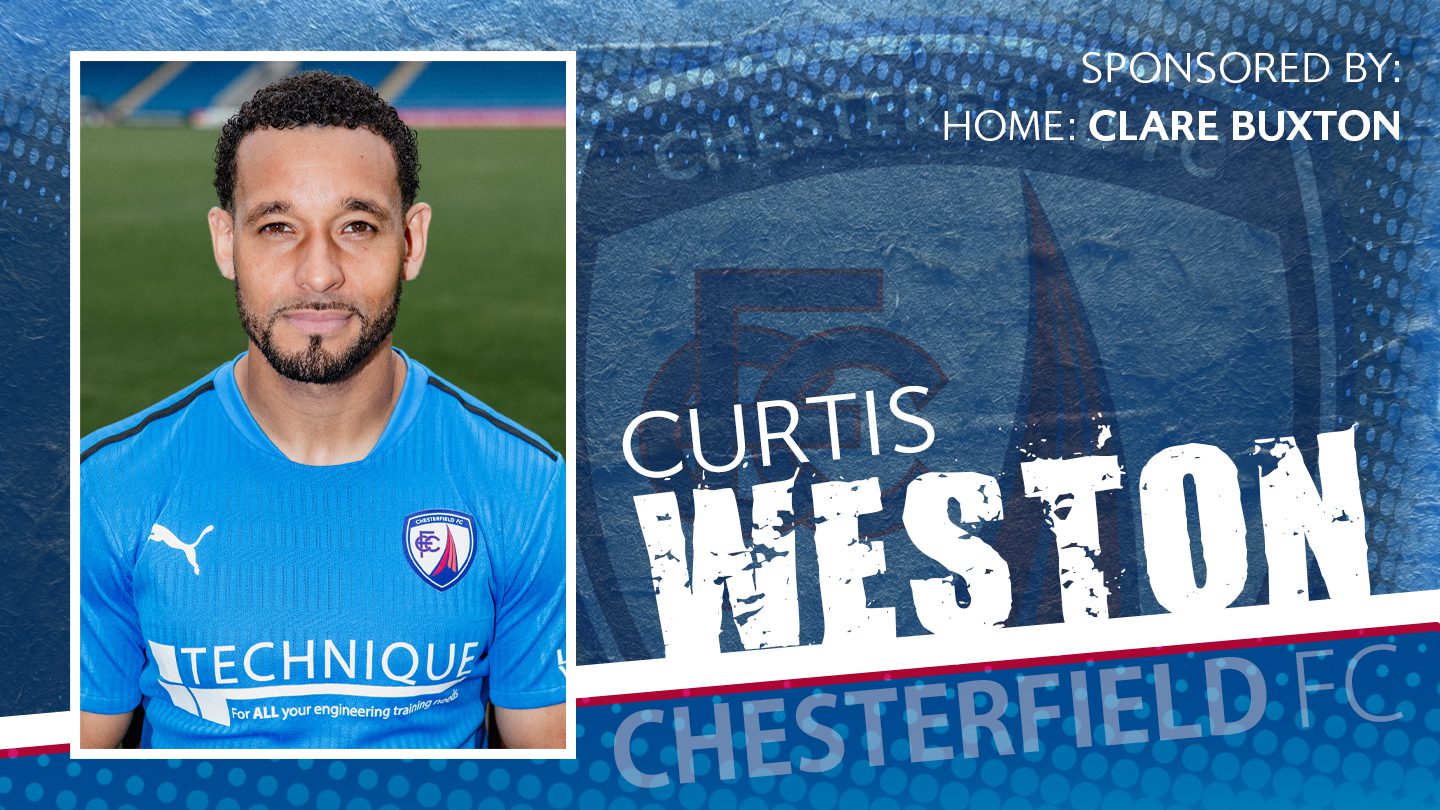 Weston is an experienced midfielder who has played for a number of clubs including Millwall and Leeds United. He became the youngest player to ever play in an FA Cup final, when he appeared for Millwall against English giants Manchester United at the age of just 17 years and 119 days in 2004. He signed for Gillingham in 2008, where he spent four years and made nearly 150 appearances, scoring 15 goals, before leaving to join Barnet in 2012. Weston was a Barnet player over a period of 6 years, making 213 appearances and scoring 23 goals for the Bees. Weston then made the switch back up north, signing for the Spireites in 2018. Perhaps his most memorable moment in a blue shirt was his stunning strike in the dying seconds against Wrexham in the 2019/20 season, which won the Spireites a vital three points with seconds to play. Weston won the League Two play-offs in 2009 with Gillingham and also won the Conference Premier in 2015 with Barnet.