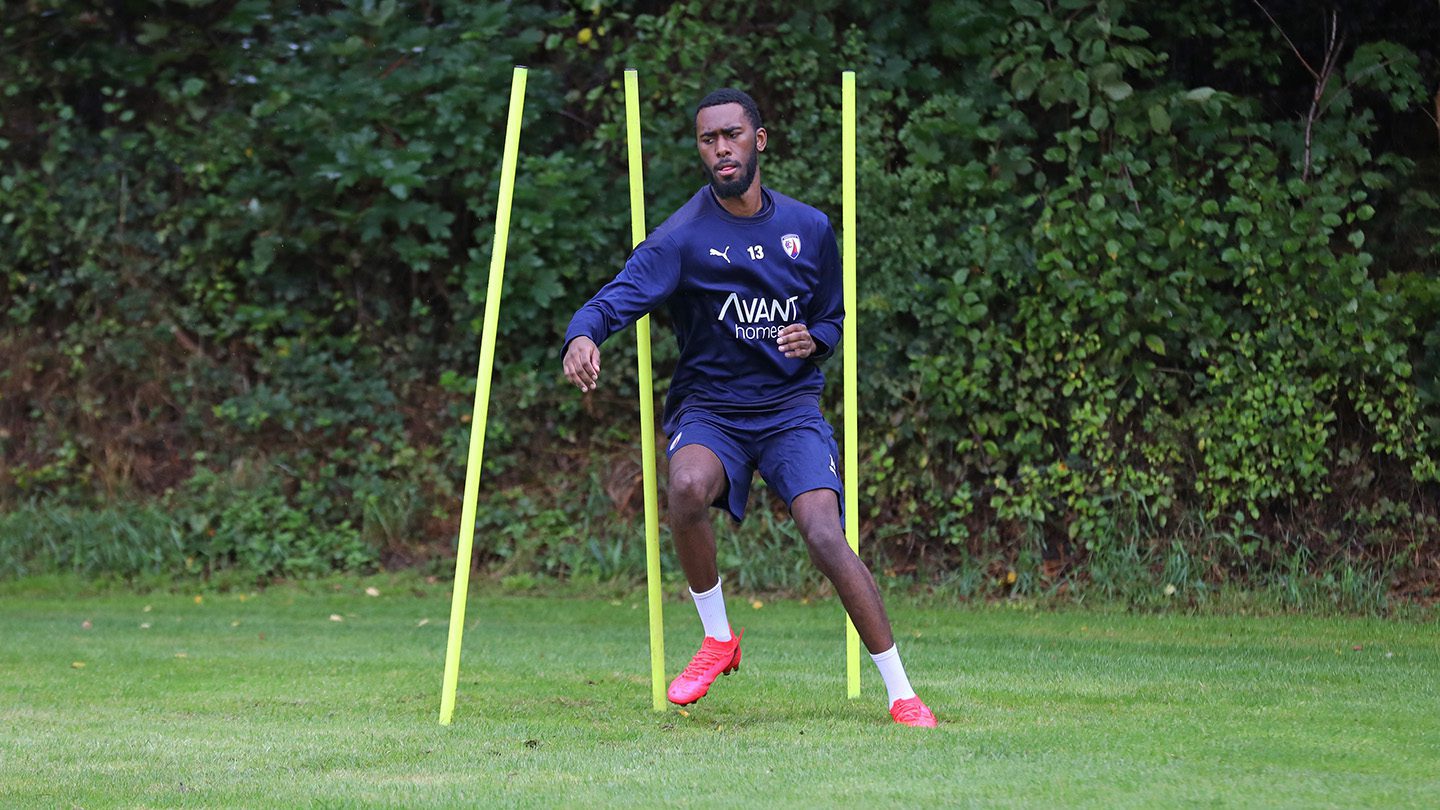 Butterfield is a 6ft 4’ central defensive midfielder. He was bought from National league North club Kidderminster Harriers in the summer for a nominal fee. Butterfield is a Bermuda international who has come up against the likes of Mexico and Costa Rica. He came through the ranks at Bermudan club Robin Hood before signing for Walsall in 2016. After loan moves to Leamington and Rushall, Butterfield signed a permanent contract with Kidderminster in 2018 and went on to make nearly 50 appearances for the club, scoring three goals, over a two-year period, before signing for the Spireites in the summer. He played under John Pemberton during the Spireites manager’s spell in charge at Kidderminster.