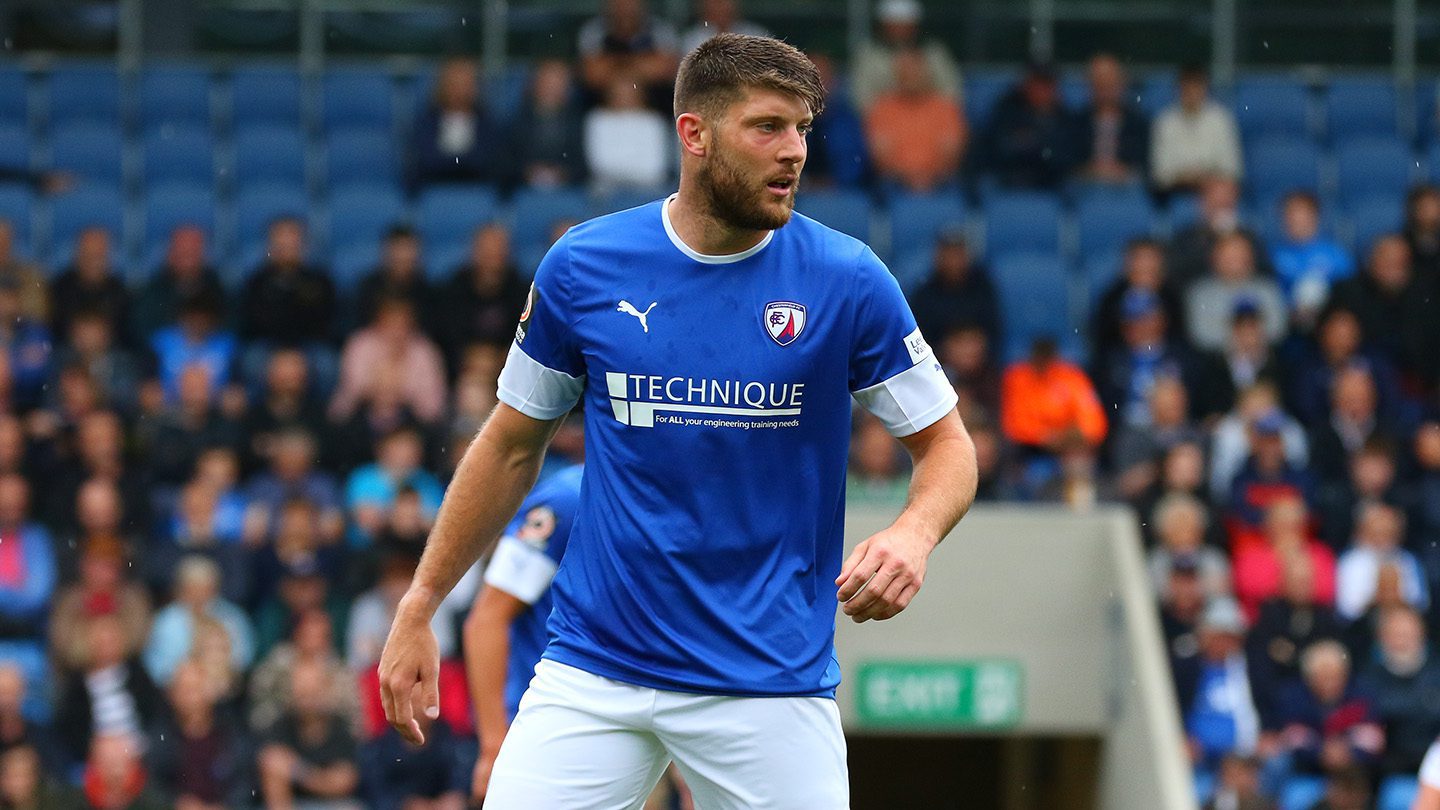 Evans is an experienced central defender who began his career at Swindon Town. After a loan move to Hereford United in 2011, he signed permanently for the club in 2012 and then joined Eastleigh a year later. Evans then moved to Aldershot in 2016, making over 70 appearances, before joining the Spireites in the summer of 2018. Evans won both the Player of the Year and Players’ Player of the Year awards at the end of the 2018/19 season. His most memorable moment in a blue shirt came against Ebbsfleet in 2019, when the Spireites came back from three goals behind to draw 3-3. Evans scored the equalising goal and a few moments later then saved a penalty to earn his side a dramatic point, after filling as keeper when Callum Burton was sent off in the dying seconds of the game.